Lohri Festival (ਲੋਹੜੀ) is one of the famous festivals of Punjab. Lohri festival is celebrated in winter season on 13 January.  Winters have short days and long nights as Lohri festival indicates the return of long days. According to folk wisdom, in primeval times Lohri was celebrated on winter time. Some people also said that the Lohri night is longest night of the year. Lohri festival is connected with yielding of rabi crops. The farmers celebrate Lohri as very important festival as lease is collected on this day.

People have linked Lohri to the story of Dulla Bhatti. As Dulla Bhatti was consider as hero of Punjab because he steal money from rich people, and he save poor punjabi girls, and save them from forcefully sailed in slave market. Lohri is a happy time to eat gur and peanuts, playing songs and split the love with your family and loved ones and the lyrics of song is: 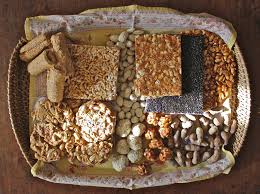 The Guru Granth Sahib admires this favorable time of the month and says those who meditate before a fire will be blessed. The rituals and festivities associated with Makara Sankaranti and Lohri are simply representational of the widespread of giving thanks to nature while displayed by the Sun’s rays and the beautiful nature. The actual celebration includes some sort of spirit associated with brotherhood, oneness and relatives to wish them and prays for the happiness for near and dear ones.

On Lohri day time, children go from door to door singing folk songs. And then people give these children sweets and savories, and occasionally, money. Kite flying on Lohri is also famous tradition in Punjab. People bring kites of different sizes and colors and fly them on their houses roofs. It is tradition to eat Gajak, Sarson da saag, Makki di roti, ground nuts and jaggery. People dress in their brightest clothes and come to dance the bhangra andgidda on the beat of the dhol.