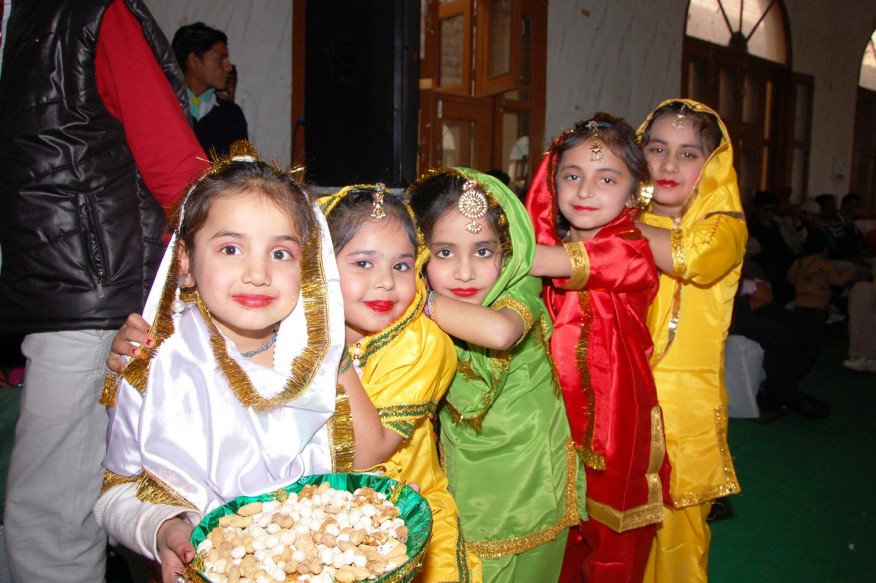 Lohri is a famous Punjabi festival but this festival also celebrates Haryana, Delhi, Uttar Pardesh, Jammu and Himachal Pradesh. According to calendar the Lohri comes of Pausha or Magha on 13th January. Lohri meaning Loh means iron and in this festival iron pan is used for preparing the lohri food. Holika and Lohri were sisters. But some people believe Lohri has derived name from Loi, Loi is the wife of Sant Kabir Das, for in Punjab Lohri is called as Lohi.

The First Lohri celebrates for new bride and newborn babies. This festival is full of joy, excitement and lighting the ritualistic bonfire. During the evening perform traditional activities such as singing, dancing on the dhol.

Lohri symbolizes prayers to Lord Agni. Agni is god of fire. In this day early morning children visited houses of their neighbours and collect lohri that includes sweets, gajak, rewari and moongfalli etc… Lohri is related to the character of Dulla Bhatti. Dulla Bhatti is a famous Rajput hero who helped the poor people by the famous Mughal king Akbar. Dulle Di Bar means the forest of Dulla Bhatti. In the district of Bhakkar District is a town Dullewala in this village Dulla Bhatti had stay with his allies. After Lohri next day Makar Sakranti celebrates. This festival is particularly for the couples who have celebrated first time Lohri after marriage. Fire is symbol of the homage to the sun. This traditional fun song is sung by the people on this Festival:

Pepole call Lohri, Pongal or Sankranti of this festival.