Make Competitive Industry Will Be Successful In India 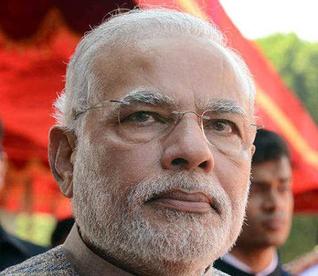 Minister Narendra Modi is the magic of the world’s roost. Maybe that’s why every country wants Modi them there came the moment Join India. The chief guest at Lovely Professional University Convocation on Monday Mauritian President Rajkesvr Puryag make Modi said, referring to the India program, it will succeed only if the industry Kmpititiv. Are graduate students to work hard for it today.
President of Convocation of Elpiu with Puryag captain Solanki Governor of Punjab and Haryana Chief Minister Parkash Singh Badal and are also present. University in 2013 and 2014 with the fourth batch of 30 878 regular Convocation ceremony, International and distance education students has begun a new chapter of life.The Puryag was awarded an honorary doctorate. President of Puryag Elpiu Doktert the first six PhD students awarded degrees. And several students awarded the Gold Medal for academic excellence.
Puryag happy hospitality
President of Mauritius early speech Punjab, Punjabi and to praise the hospitality of Punjab. Expressing gratitude on receiving an honorary doctorate Puryag said, this day will be remembered forever for them. They understand that some universities are one of those who Elpiu not only large in size but also the high standard of education as well as the art infrastructure is too. Governor captain Solanki meaningful education to the youth of India to commend Elpiu. CM Badal, the country’s largest university, saying Elpiu desired that such programs increase Elpiu come forward and for which the state government will provide free land and other facilities.
Share this
5 likes
Related Articles
0 Comments